Hunger on a planet of abundance

Organic farming is again increasingly developing worldwide as a response to industrial agriculture, which is increasingly generating problems. Its aim is to produce healthy food in an environmentally friendly and animal-friendly way. On a planet with over seven billion people, more than half of us live below the bare existence level and fight for survival every day.

According to the Guardian newspaper, in 2011 the United Nations announced that one third of the world's food spoils every year. Over 1.3 billion tons of food is thrown away - not because nobody is there to eat it, but because people don't have the money to buy it and have to starve. Our governments have allowed giant agricultural companies like Monsanto, DuPont and others to slowly take control of the global food supply. These huge multi-billion dollar companies have thousands of patents on genetically modified seeds and are rapidly replacing all of our natural seeds with sterile seeds that can no longer replicate themselves.

And those who control money and food control the world.

It is now almost impossible to find natural food in any supermarket. Most products are genetically modified or pesticide-treated, which have unsafe effects on the human population. In some countries and states it is now illegal to grow one's own food - thanks to new fraudulent laws and regulations initiated by these companies to oppress people everywhere. Although there are some countries that have risen up against Monsanto, this inhumane activity is supported by our governments. Thousands of farmers around the world have lost their farms to the blackmail tactics of these gigantic corporations.

A seed is used to produce a new plant with new seeds so that the plant reproduces. However, this is often not possible with non-organic seeds.

Why? Because they are not seed proof. This means that they are either completely sterile or no longer have the same properties in the subsequent generation. You can recognize these seeds by the addition "F1 hybrid". Hybrids sometimes have better characteristics than their parents. Sometimes these have traits like richer yield, higher resistance against diseases, beautiful fruits. Since you cannot grow equivalent new plants from the seeds, you have to buy new seeds every year. Often for three times the price despite less content. 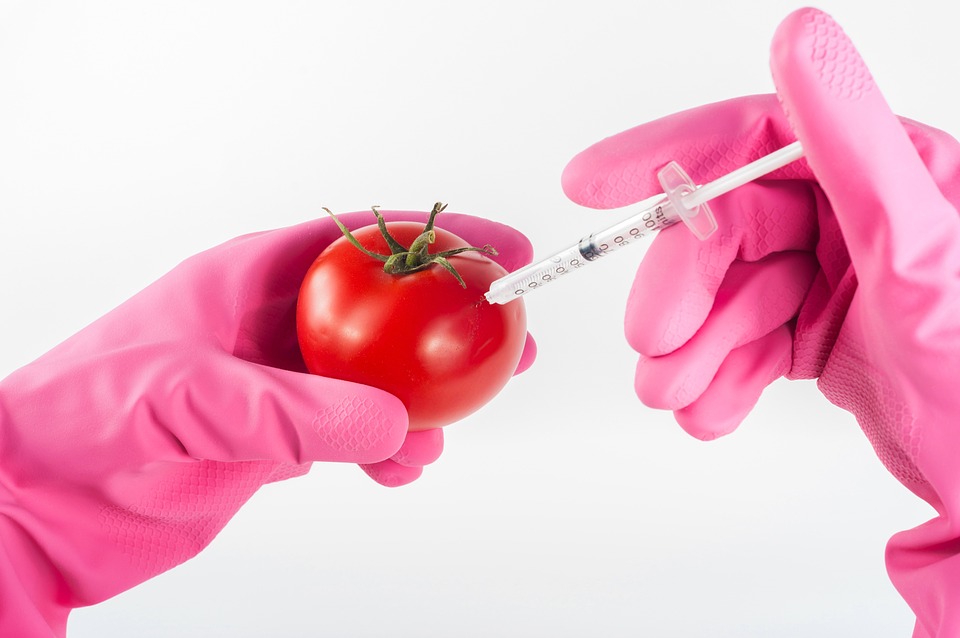 This dependency is even increased if the "suitable" fertilizer and the "suitable" pesticides are sold to the farmer at the same time as the seeds, possibly with credit financing. In developing countries, this policy of seed companies, which is driving many farmers to ruin, is currently in full swing.The more powerful the F1 hybrids become and the more traditional varieties disappear, the narrower the genetic basis of the plant becomes, which once existed in hundreds or thousands of varieties and infinite potential variations. At some point, there will be a loss varieties that adapted to certain regions, climates and soil types; there will only be uniform, high-performance varieties that can only exist under high-performance conditions. Gene erosion is what experts call this, and it is just as threatening as it sounds.

More than half of the world seed market is already in the hands of the three companies Bayer/Monsanto, Dupont and Syngenta. According to an estimate by the FAO, the United Nations Agricultural Organization, around 75 percent of all varieties were destroyed in the 20th century. As a result, fewer varieties owned by fewer companies account for a big proportion of the world's food supply.

"We have a responsibility to protect and pass on to future generations. Seeds are at the beginning of the food chain. It is an expression of biological and cultural diversity and the starting point for future development and evolution."

In Germany, organic farming developed in the twentieth century as a response to industrial agriculture, which increasingly generated problems. Its aim was to produce healthy food in an environmentally friendly and animal-friendly way.

The basic idea is disarmingly simple, it is closely oriented to nature: to manage agricultural goods in such a way that one's own resources are sufficient. In concrete terms, this circular concept means that agriculture and animal farming must be coordinated. This means that only as many animals are kept as the farm can feed with its own food. The amount of animal manure used as fertiliser must also be adapted to the nutrient requirements of the arable land.

Organic farming: What is different?

Fertilisation: In addition to farmyard manure, organic farmers use plants for fertilisation that bring nitrogen from the air into the soil - legumes such as peas or beans. The aim is to improve the quality of the soil - soil fertility - in order to increase yields. In industrial agriculture, on the other hand, synthetic nitrogen fertilizers are primarily intended to supply the plant. The energy-intensive production of the artificial fertilizer devours a large part of the energy requirements of conventional farms and causes high CO2 emissions.

Crop rotation: In conventional farming, this is severely restricted and in extreme cases not carried out at all. The soil thus loses fertility with the nutrients. Instead, organic farming relies on diversity and frequently changes the crop species on an area. For example, potato is followed by sugar beet and then rye. This protects the soil and does not leach it out. In addition to improving soil fertility, a well thought-out crop rotation system ensures that pests and weeds are kept in pits.

Pesticides: As the name suggests, the corn borer, for example, is targeting corn. But if wheat grows on the field instead, it has no chance of spreading. Weeds are more difficult to grow if vegetable species that suppress weeds are cultivated in between. Pure cereal crop rotation, on the other hand, promotes the spread of unwanted grasses. And summer weeds can be countered by wintering. Together with mechanical weed control, this makes it possible to dispense with chemical pesticides.

Diversity: In organic farming, not every wild plant is an enemy. Anyone who has ever wondered about sunflowers at the edge of the fields: Like other flowers, sunflowers are there to attract beneficial insects and stabilize ecosystems.

Animal farming: One of the principles of organic farming is to keep animals as species-appropriate as possible. This includes more space, regular exercise and better feed. Feed that is geared solely to fattening and performance is also prohibited, as is cage farming for laying hens or fully slatted floors for pigs, for example. This type of keeping makes the animals less ill. The prophylactic administration of medicines such as antibiotics to all animals via feed is not permitted on organic farms. If animals become ill, they are treated individually. This prevents soil and water from being contaminated with medication and also reduces the risk of resistance to pathogens.

Genetic engineering: And last but not least, organic agriculture and genetically modified plants are incompatible. The genetic engineering industry produces few high-yielding varieties - mostly for feeding animals that are cultivated using enormous amounts of pesticides. Organic farms rely on robust varieties and diversity. Because only a variety of genetic resources makes it possible to breed new varieties that are able to meet the diverse requirements of the future.

Good for people and the environment

Through this way of farming, good soil is maintained for the production of our food for future generations. Drinking water and water bodies are not polluted and the oceans are not over-fertilized. Organic farming protects biodiversity and produces healthy food without toxic residues. The climate balance is significantly better than that of conventional agriculture. In a report, Greenpeace has shown how CO2 emissions can be massively reduced through the ecological restructuring of agriculture.

Can organic agriculture feed the world?

Yes, in the long term only sustainable agriculture can ensure the world's food supply. Because industrialised agriculture lives beyond its means: Resources such as soil are so strained - in order to achieve high yields - that fertile arable land is destroyed. A system that cannot be maintained for long.

Organic agriculture may deliver lower yields in the industrialised countries, but it is not a system that can be sustained for long.

Organic agriculture may yield lower yields in industrialised countries than industrial agriculture, but there is still potential to grow. And the situation is different in the countries of the South anyway: Experience here shows that organic farming can achieve the same or even higher yields. This is not surprising, as organic farming preserves soil fertility, reduces erosion and increases water storage capacity. These properties lead to better harvests in difficult locations such as large parts of Africa.

But one thing is also clear: as long as we throw away one third of all food produced worldwide, drive 150 million tons of grain across the streets in our tanks, and each person eats 60 kilograms of meat per year in industrialized countries, we will not solve the hunger problem. We must rethink!

Any cookies that may not be particularly necessary for the website to function and is used specifically to collect user personal data via analytics, ads, other embedded contents are termed as non-necessary cookies. It is mandatory to procure user consent prior to running these cookies on your website.